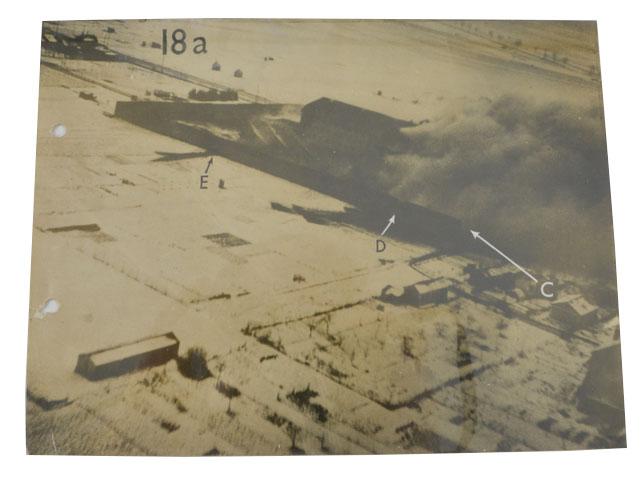 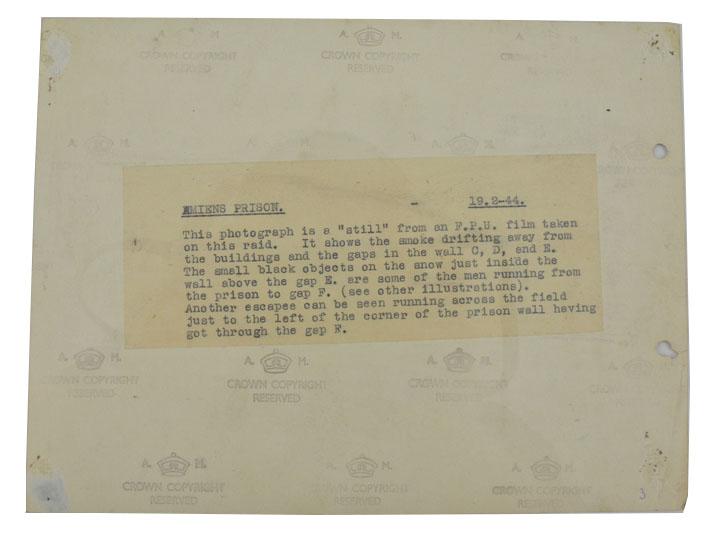 In a very good condition an US WW2 Aerial Bombing Picture from the 'Amiens Prison bombing' from Operation Jericho on 18 February 1944.
The picture comes in a size of 17,5x23cm and has on the reverse the picture info.
A very nice and hard to find picture of a well known air raid.

In 1943 many members of the French resistance movement in the Amiens area had been caught by the Germans and imprisoned in Amiens prison. Some had been betrayed by collaborators, and the entire movement in the area was at risk. By December 1943, 12 members of the resistance had been executed at the prison, and it was learned that more than 100 other members were to be shot on 19th February 1944. Dominique Penchard, a resistance activist, began sending information about the prison to London, including accurate details of the layout, defences, and duty rosters.

When two Allied intelligence officers – with possible knowledge of the D-Day invasion plans – were also captured and sent to Amiens prison, a precision air attack on the prison was requested, and the mission was allocated to the 2nd Tactical Air Force. The prison was located alongside a long straight road and surrounded by high walls. The guards ate in a block adjacent to the main building, making lunchtime the best time to eliminate the maximum number of guards. The balance of munitions used had to be carefully planned so that when hitting the main prison walls, they were breached and the doors sprung open without the building being destroyed. As well as destroying the guards’ mess hall, breaches had to be made in the prison’s outer walls to allow the inmates to escape. There were around 700 inmates in the prison and loss of life was inevitable during an air raid, but it was thought that many had already been condemned to death and it would give a chance for some at least to escape.